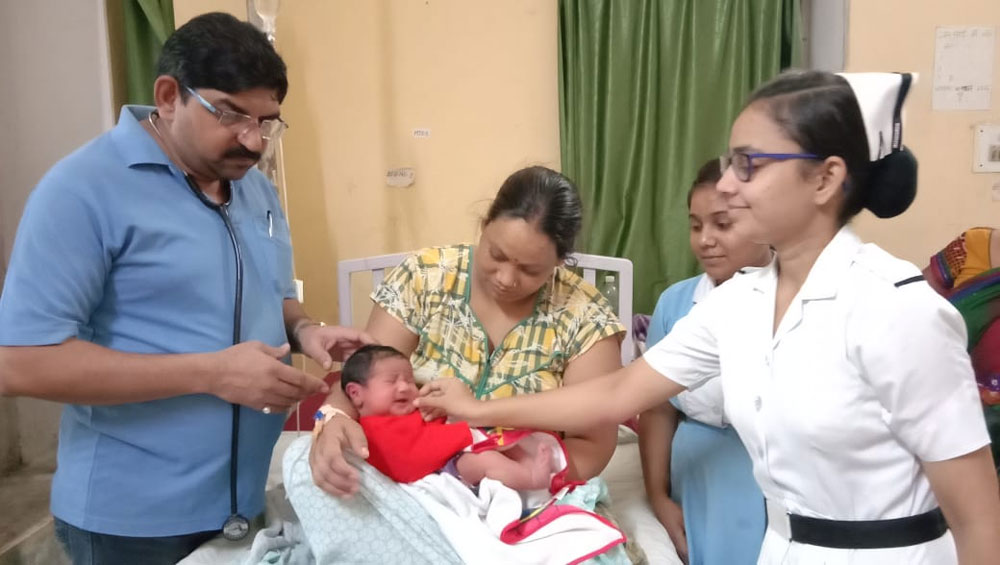 Christian Hospital Kasganj has been one of the oldest institutions providing childcare to our community. We have come a long way since we started. Now, we have a Paediatric ward and a NICU (Neonatal Intensive care unit).

Our new Paediatric ward was renovated in March 2014 and has central oxygen and suction supply. It has a capacity of 10 beds and is equipped with all the necessary instruments and equipment. We have a team of trained Paediatric nurses which specialize in providing quality care to children.

The very first NICU in Kasganj and nearby districts was also opened and inaugurated in March 2014 and has a capacity for 8 newborns with central oxygen supply and suctioning. We have 2 infant warmers, 2 incubators and 1 ventilator in NICU.

We offer immunizations as recommended by IAP (Indian academy of Paediatrics). Parents are given an immunization card at birth and children are followed up on it thereafter.

Find Us on Google